The pound could be on the verge of a big increase in its value against the euro, according to an analyst at data and information provider Thomson Reuters.

Jeremy Boulton – a market analyst for Thomson Reuters Market Intelligence Platforms – says it is now “wise to hedge against a sharp rise in the value of sterling”.

The call comes a day after a significant rise in the pound that occurred without data or news, although the invisible hand of one or two central banks may have been at play.

Boulton tells clients that “the pound is on the verge of levels that have plateaued since the UK voted to leave the European Union in 2016.”

The exchange rate between the pound and the euro fell sharply in 2016 in the run-up to and following the outcome of Britain’s referendum on EU membership. 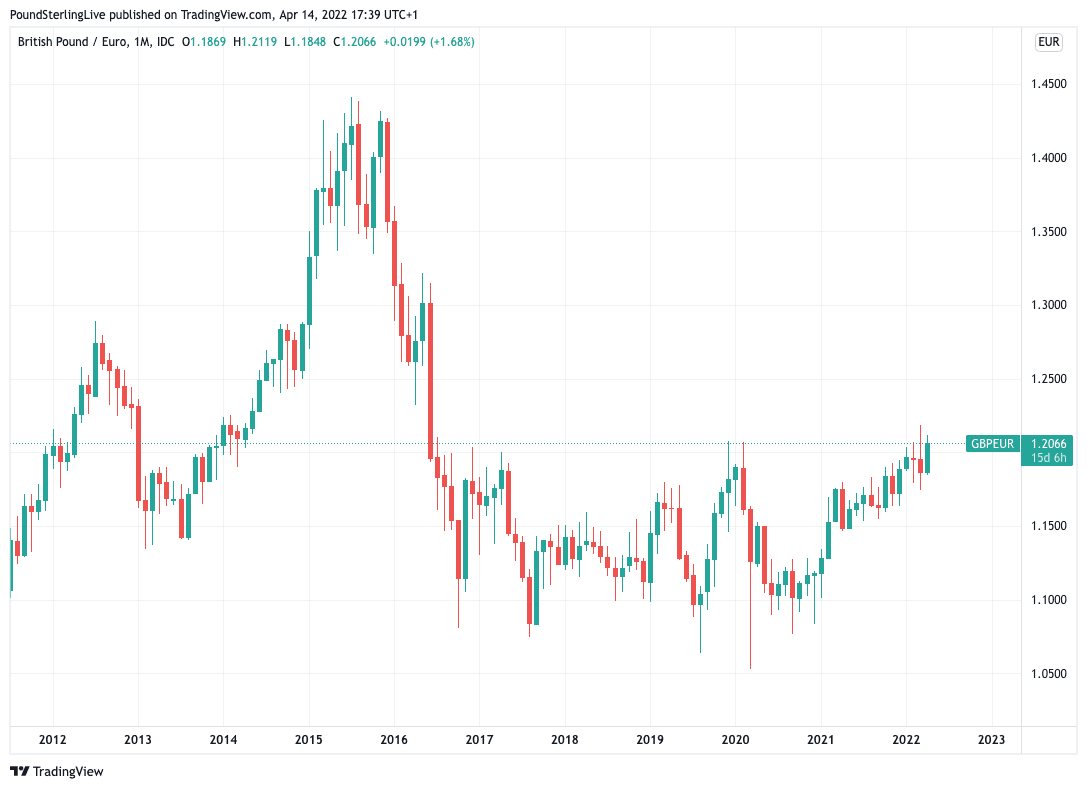 Above: GBP/EUR at monthly intervals.

Boulton notes that sentiment towards the pound remains subdued, however, with market prices betraying “low expectations” for a significant rise in the pound.

He notes that traders are currently betting that the pound will fall against the dollar, while institutional analysts see GBP/USD around 1.34-1.35 over the next year.

But, “an unexpected move that forces a big overhaul and the necessary adjustment to hedging and speculative betting should go much deeper than a move traders are prepared for.”

Boulton says that the diverging monetary policy trajectories of the UK and the eurozone could support a rise in the GBP/EUR exchange rate, “and the long period in which the pound sterling has held near a resistance point of major importance is a bullish sign”.

“A spike for the pound would typically be preceded by a brief test and rejection of resistance,” says Boulton.

Boulton is now looking for important resistance levels above 1.21 to test and reject or break.

“In the event of a breakout, GBP/EUR could go up 9%,” says Boulton.