AArticle III r.6 of the Hague-Visby Rules provides that actions against the carrier are time-barred unless the action is brought within 12 months of the date of delivery or the date on which the goods should have been delivered . However, does this apply to claims for misdelivery occurring after discharge? This is an important question once left unanswered by the English courts which have divided opinion. In an important judgment, the Court has just decided that yes.

Following a misunderstanding of the identity of the carrier, arbitration proceedings were initiated against the appropriate party (KCH) more than 12 months after the goods should have been delivered (FIMBank plcv KCH Shipping Co. Ltd ( Giant Ace) [2022] EWHC 2400 (Comm.)).

The claim arose under a Congenbill bill of lading, clause 2(c) of which stated that “the carrier shall in no event be liable for loss or damage to cargo, howsoever caused, prior to loading and after unloading the ship…”

The plaintiff (FIMBank) argued that the claim was not statute-barred because:
• The prescription of article III r.6 does not apply to claims arising after discharge; and
• Although the limitation applied after unloading under the Rules, clause 2(c) of the bill of lading did not apply the Rules to losses after the goods were unloaded.

In an arbitration proceeding, the court disagreed and held that the statute of limitations under the Rules applied. It found that: (a) the statute of limitations applied to claims for misdelivery after discharge; (b) clause 2(c) did not operate to waive the application of the Rules in respect of claims for misdelivery after discharge; and (c) a term should in any event be implied into the contract that the Rules shall apply after release until delivery. 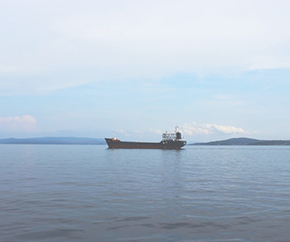 Decision of the commercial court
FIMBank argued that the wording of Article III r.6 does not grant carriers any immunity after discharge. None of the provisions of the Rules contains or regulates an obligation to deliver. Therefore, she says, the carrier’s “period of liability” for the goods under the Rules and the immunities granted to it end when the goods are unloaded from the ship. After that, it was still open to the parties to enter into the Settlement. As no such clause was in the current contract, FIMBank argued that the Rules did not apply and therefore the one-year statute of limitations was unenforceable.

The Court rejected this argument and affirmed the court’s decision. Article III r.6 was designed to allow carriers to close their books after one year. The limitation period contained in the Rules has always been given a broad interpretation to achieve purpose and there was “no good objective reason” for applying fine distinctions on discharge and delivery.

Create a precedent
The decision is important for parties involved in the carriage of goods by sea. It confirmed that the immunities conferred by the regulation apply during the period between discharge and delivery. This is obviously good news for carriers and their insurers.

It is important to note, however, that the case concerned the particular contract at issue. Although precedent has been established that the Rules apply in principle in the period after unloading until delivery, whether the parties have opted out of the Rules will depend on the particular wording of the contract. MSC Amsterdam shows that substantially different wording of Congenbill clause 2(c) could lead to a different conclusion.

At the time of writing, it is unclear whether the decision will be appealed.

William Chetwood is a partner based in Ince’s London offices. This article was written with the help of Katie O’Farrell.

The Court went on to highlight the court’s consideration that it was “not commercially reasonable or even reasonable” for the carrier’s liability period to end immediately after unloading. Admittedly, in the present case, FIMBank did not immediately present the bill of lading to the carrier when the goods were unloaded. For the carrier to lose the protections provided by the Rules in circumstances where it had to hold the goods after unloading for an indefinite period would make no commercial sense.

The Court also held that clause 2(c) did not have the effect of nullifying the application of the Rules after the goods had been unloaded.

FIMBank sought to rely on The MSC Amsterdam, a 2007 case in which the Court of Appeal ruled that the bill of lading did indeed not apply the Rules.

In this case, the Court held that the terms of the current bill of lading had “significantly different terms” from those considered in The MSC Amsterdam and the terms in question in this case did not take into account Article III r.6 . A decision similar to that of MSC Amsterdam was therefore not justified.
Source: Baltic Stock Exchange